They were formed following the erosion of the limestones from the Culidii Petridului component by the Hasdate river, on a length of approximately 2 km.

The repeated probing of the Hasdala paleovae in the piercing of the calcareous elm led to the creation of specific karst forms such as fossil caves, sinkholes, lapis lazuli, which later phenomena shaped in the form of rocky plateaus with parallel arrangement. The keys have the shape of a double funnel, slightly outlined upstream, but which becomes a dominant feature in the middle, the highest part, where the large walls are interrupted, vertically, by large grassy branches.

The Turzii Gorges have been dated by historians since the time of Roman domination.
In the point "Piatra Taiata", 1.5 km from the entrance to the Turzii Gorges, is in the Roman period the main quarry of the city and the Romanian camp Potaissa.

In the 19th century, when the traces of the Roman exploitations were still visible, detailed observations were made regarding the techniques of detaching the limestone blocks and advancing them in the massif. 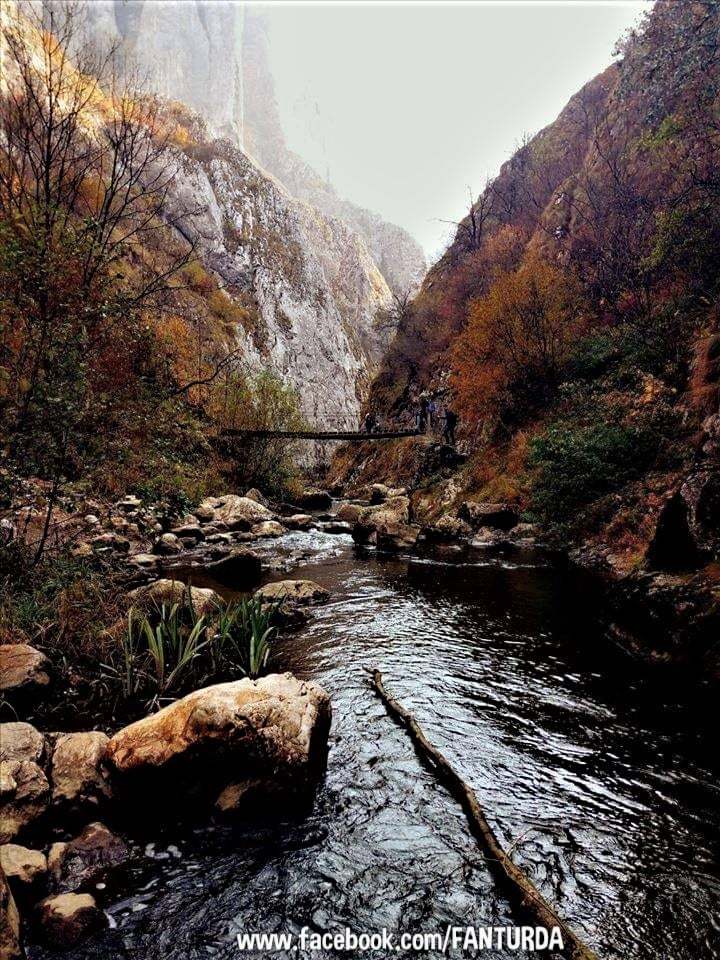 From the quarry was transported to the church from the neighboring village Cheia a column 1.5 m high and 0.34 m in diameter. In the quarry and its surroundings were discovered tiles, keys, opaites, ceramic fragments and several coins. (a tetradrahma, a denar from the time of the Roman emperor Domitian, a denar from the time of Macrinus and two other coins). The findings indicate the existence of a settlement near the limestone quarry.

Calastur Cave (751m), Bat Cave, Oven Cave, etc.
Most of the caves in the Gorges are dry and of archaeological interest due to the discovery of tools dating from the Stone Age and the Bronze Age. Starting with the period of the Tatar invasions, the locals used these caves as a place of refuge. In the tourist area of ??Cheilor Turzii there is also the cottage Cheile Turzii, located at an altitude of 1385 m.

"Cetateaua Mare" Cave (Balicaa Cave) is located near bridge no. 4, on the right side of Hasdate Valley. The outlaw Nichita Balica [3] from Petrestii de Jos, who took part in the anti-Austrian revolt of the Curuts, took refuge here for a while.

In the 1930s, a large wooden cross was placed on the rock, on the left side of the Gorges (in the direction of the Hasdate valley waters). The cross was placed in the interwar period, during a public ceremony, which was attended by both locals and officials from Turda. After the war, the wooden cross was replaced by a metal cross (it still exists today).
In 1935, a medieval-looking chalet was opened in Chei, and several holiday homes were later installed in the area.

Of great scientific importance and great tourist attractiveness, Cheile Turzii would acquire, at national level, since 1938, the status of natural reservation, later being included in the U.N.E.S.C.O. among the most important monuments of nature. 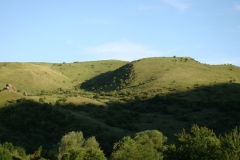 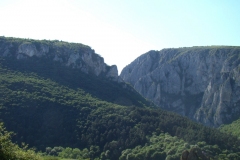 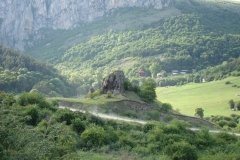 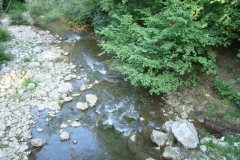 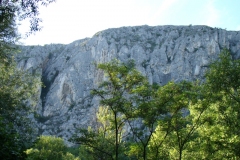 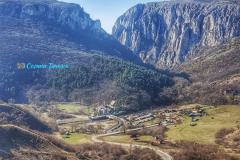